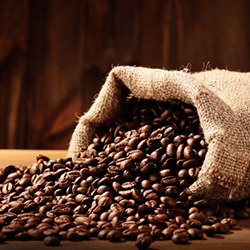 Furan can be formed in foods during heat treatment, for example during coffee roasting. Furan has also been found in further heat-treated foods like bread or canned vegetables and canned meat. Amino acids and sugars are believed to play a key role in the formation of furan in foods. At the current time the total intake of furan through foods cannot be estimated. Therefore further data on the occurrence of Furan in different foods needs to be collected.

Furan has been classified as possibly carcinogenic for humans by the International Agency for Research on Cancer (IARC), therefore the intake by humans should be as low as possible. Up to date there are no legal limits or indicative values for furan in foods.

According to a study published by EFSA (European Food Safety Authority) “Update on furan levels in food from monitoring years 2004-2010 and exposure assessment” furan levels of the tested coffee products were higher than furan levels of other food categories. Which means coffee is a main contributor to the overall adult furan exposure (mean contribution of 88 %). But furan contents in coffee strongly depend on the category of coffee (for example whole roasted beans or grinded beans) and the way of brewing. According to the above mentioned study published by EFSA furan levels of up to 6407 µg/kg are possible for roasted whole coffee beans. In average the tested roasted whole coffee beans contained about 3660 µg/kg furan. Darker roasted coffees, with longer roasting times (for example Espresso) are tending to have higher furan levels than lighter roasted coffees. Studies show that grinding of roasted whole coffee beans leads to a reduction of furan levels of up to 40 % in grinded coffees compared to the whole beans. Furan is a volatile substance (boiling point approx. 32 °C), due to that furan volatilizes during brewing of coffee with hot water. The loss of furan during brewing of coffee depends on the kind of coffee preparation, preparation in a closed system, for example in fully automatic coffee machines, can be expected to lead to higher furan levels in the brew than preparation in open systems. According to studies furan levels in brewed coffee are approximately 50-90 % lower than in roasted coffee.

Furan in foods is a topic of increasing interest. Due to that we recommend to monitor furan levels of roasted coffees.

If you have any further questions regarding furan in coffee feel free to contact us.

This website uses tracking cookies to track the surfing behavior of users and thus optimize the website and services for you. Data may be transferred to Google servers, e.g. in the USA.I agreeI disagree