Glyphosate (marketed by Monsanto as Roundup) has been used as a non-selective herbicide in many countries worldwide since 1974. Glyphosate has become the focus of attention due to the discussion about the extension of the marketing authorisation in the EU in 2016. Is glyphosate carcinogenic? This question leads the discussion about the authorisation in EU. The Federal Institute for Risk Assessment (BfR) and the European Food Safety Authority (EFSA) in 2015 come to the conclusion that glyphosate is unlikely to pose a carcinogenic hazard. An Acceptable Daily Intake (ADI) of 0.5 mg/kg body weight is proposed. [1]

Is glyphosate regulated in the EU?

Regulation (EC) 396/2005 lays down maximum residue limits for glyphosate in foodstuffs. These limits can be accessed by product via the EU pesticides database. [2]

How is glyphosate analysed?

Due to the high polarity of glyphosate, it is not possible to integrate the substance into the multi-pesticide screening, which can detect over 600 pesticides. In preparation for the measurement, the sample is dissolved and glyphosate is extracted by solid phase extraction (SPE). The analysis itself is performed by LC-MS/MS (a liquid chromatography coupled with mass spectrometry). The analyte is separated from other molecules by liquid chromatography and then identified and quantified by mass spectrometry. Glyphosate can thus be determined reliably with a limit of quantification of 0.01 mg/kg. 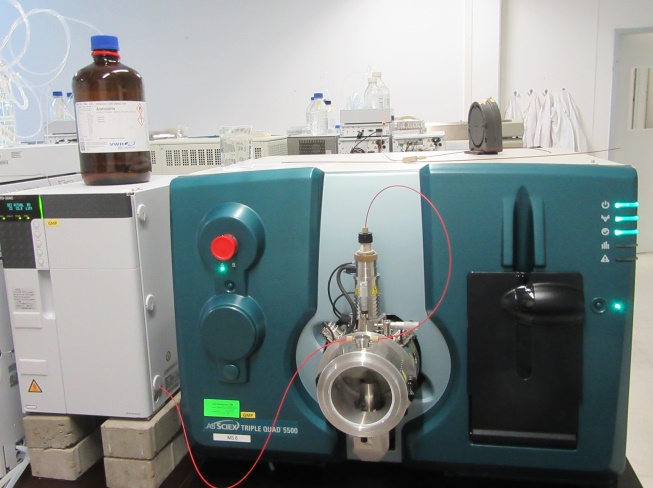 What foods may contain residues of glyphosate?

Generally all foods based on plant material can contain residues of glyphosate. Foods regularly tested for glyphosate at QSI include, among others: honey, coffee and tea.